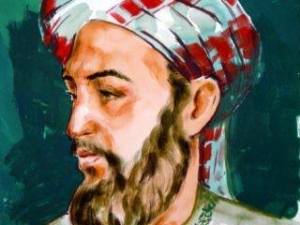 Imam al-Tabari (Rahimahullah) said,
“I am amazed by the one who reads the Qur’an but doesn’t understand it, how can he enjoy its recitation.”

Abu Ja’far Muhammad ibn Jarir al-Tabari (Persian: محمد بن جریر طبری, Arabic: أبو جعفر محمد بن جرير بن يزيد الطبري) (224–310 AH; 839–923 AD), was a prominent and influential Persian scholar, historian and exegete of the Qur’an (known as the IMAM of the Mufassirin) from Tabaristan, modern Mazandaran in Iran, from the city of Amol. A polymath who on such subjects as poetry, lexicography, grammar, ethics, mathematics, and medicine. Amongst his teachers were Abu Abdillah Muhammad ibn Humayd al-Razi, another Persian giant of knowledge, a Hadithists from Ray (today’s Tehran which used to be a stronghold of many Ahl al-Hadith!). Amongst his teachers was also Muhammad bin Dawud al-Zahiri, the founder of the Zahiri Madhab who was from Isfahan (heartland of Persia!).

Unknown to many: Imam al-Tabari wa well-versed in four of the five Sunni legal schools (except the Hanbali school with which he had a lot of differences) before founding his own independent, yet eventually extinct, school, the Tabari Madhab (that did not reach us just like many other Madhabs). Imam al-Tabari is not to be confused with another Persian al-Tabari, namely Muhammad bin Jarir bin RUSTUM. Rafidis usually misuse the narrations of the Rafidi one (ascribing it to Imam al-Tabari).

He is one of the most influencial Sunni scholars ever, his Tafsir is amongst the most ancient Tafsirs available, a gem of Persia who enriched the Ummah like many other Persian Sunni scholars. He died in Baghdad on February 17, 923. May Allah have mercy upon him.