When Ismail 1st seized Baghdad in 1508 AD, Sunni Muslims were massacred. The tombs of the Abbasid Caliphs were destroyed. Even the tombs of the jurist Imam Abu Hanifah and Abdul-Qadir al-Jilani were not spared and were literally desecrated. After the Safavids were pushed out the Ottomans on the other hand never retaliated against Shi’ite shrines and populations in Iraq. Here a list of the crimes of the savage pagan, Isma’il Safawi:

“Many architectural monuments of Sunnis were destroyed. One of those architectural monuments was the tomb of the founder of the Hanafi madhab, Abu Hanifa (rahimahullah). The tomb included a mosque and an adjactent madrasa. The mosque and the madrassa at the grave of Abu Hanifah (rahimahullah) was built by the Saljuks. On the command of Shah Ismail Safawi 1st, the mosque and madrassa were destroyed to the ground. Then they made a hole in the grave of Abu Hanifah. They took the bones of Abu Hanifa out of the grave and instead buried a dog inside of it. After that, they made a toilet on the grave. In the streets of Baghdad, the Kizilbashis (Turkic Alawite army of the Safavids) anounced that whoever goes to this toilet to relieve himself, he will be given 25 tabriz Dinars.(1). At that moment, a Qommi (from the Shia city of Qom) poet was next to Ismail. A poem of this poet was written on the wall of the toilet. The poem went as follow:

The Shi’i dirtied the grave of Abu Hanifa, On the dirtied grave by a shi’i, prostation was performed by Sunnis. The dirtied places by Shi’ites, have become a place of prostation for Sunnis.(2)”

“What Sultan Shah Ismai’l (may Allah bless him) did, was digging up the grave of Abu Hanifah, burning his bones and tossing his ashes into the wind and making his graves a place of impurity (Najaasah). This was the fate of Abu Hanifah and the decree that Allah was pleased with […]” 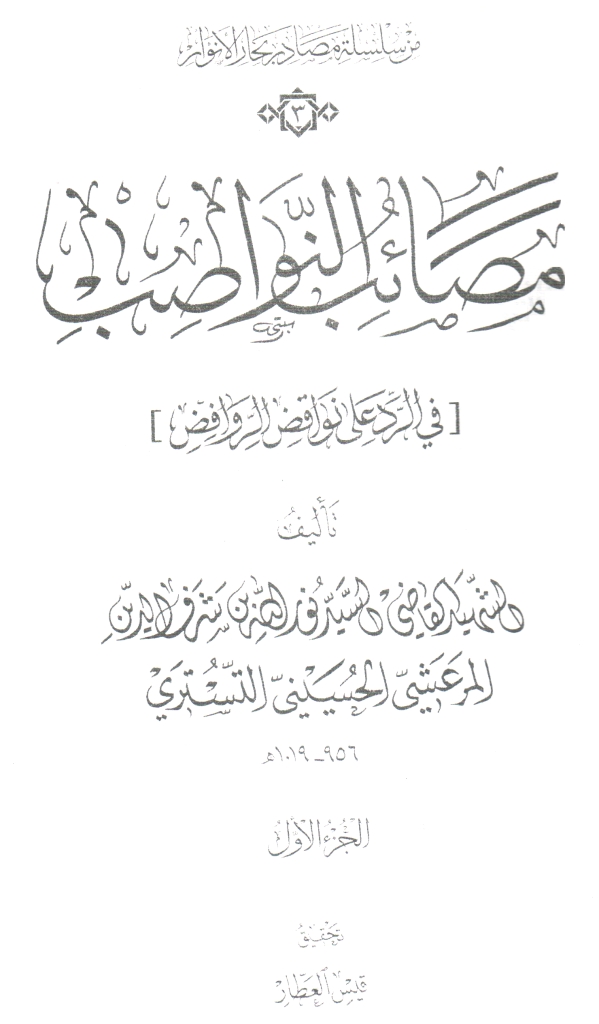 “As for the miracles that emerged from the graves of their [Sunnis] four Imam, they are countless and the greatest is what the people have witnessed from Abu Hanifah’s grave. The greatest of all Sultans, Shah ‘Abbas [Safavid] 1st conquered Baghdad and ordered the grave of Abu Hanifah to be turned into a public toilet. He donated two mules and placed them at the top of the market so that whoever needs to answer the call of nature can ride them and go and relieve themselves inside Abu Hanifah’s grave. One day, Shah ‘Abbas requested the servant of Abu Hanifah’s grave and asked him: “What are you serving at this grave when really Abu Hanifah is in the deepest pits of the Hellfire?” The servant replied: “There is a black dog in this grave, your grandfather Shah Isma’il placed it in it when he conquered Baghdad and tossed out the bones of Abu Hanifah from his grave and made it a resting place for the black dog. Indeed, I am serving that dog.” He was truthful in what he said as the late Shah Isma’il indeed did so.”

No one built a shrine over the grave of Imam Abu Hanifah for 309 years after his death.

“In this year Abu Saeed whose title was Sharaf al-Malik built a shrine of Imam Abu Hanifa in Baghdad and built a dome over it, and built a Madrassa in front of it.

100’s of great Hanafi scholars and students of Abu Hanifah opposed the pseudo-Sufi-Shia beliefs of building huge wasteful shrines over modest graves, the Sunnah way of graves. Wasteful shrines and mausoleums are rejected by early Sunni orthodoxy, preceeding the likes of Ibn Taymiyyah and Ibn Abdil-Wahhab. However, what the Safavids did was not just leveling graves (that’s what has been done to the shrines and mausoleums in Baqi’, Madinah, thanks to Allah, what Rafidah Shias and others wrongly call “destruction of graves”), they actually demolished graves, digged out bones, defiled graves, things that Shias constantly accuse their opponents  of (yet the reality is that the opponents of Shia-Sufi grave veneration do not seek the destruction of graves, rather the preservation of graves in modest, Sunnah comform forms). Lastly, two wrongs don’t make a right. Shias are often seen on social media and elsewhere showing images of the shrines of Sufis or Sunni Imams such as Abu Hanifah, Imam Bukhari etc. most of those shrines are very fancy, are erected with shrines and mausoleums. The Shi’ite mind concludes that if they have it then we must have it and that Sunnis are hypocrites for “building those shrines”. This is of course nonsense, for as explained, many Sunnis themselves oppose such wasteful shrines, early Islamic text, including traditions by the Ahl al-Bayt reject such constructions that were not erected by the Prophet his companions and family, but hundreds of years after them, including by the likes of the Umayyads whom the Shia despise.