The Shaykh was the son of the great scholar Shaykh Abdul-Aziz Mollazadeh (brother of Shaykh Dr. Abdul-Rahim Mollazadeh, known in the Arab world as Shaykh Abu Muntasir Al-Balushi) who was the most influential Sunni authority in Iran during the time of the Shah and beginning of the Khomeinist revolution.

Shaykh Abdul-Malik was imprisoned and tortured by the regime along with several influential Sunni scholars (to break them down and make them obedient to the authorities) at the beginning of the revolution. After his release and despite immense pressure he kept fighting for the rights of all Sunnis of Iran, he even openly spoke against Khomeini’s crimes and his heretical beliefs (that Khomeini and his followers try to hide to this very day from the Muslim world), it reached a point where he had to leave the country. 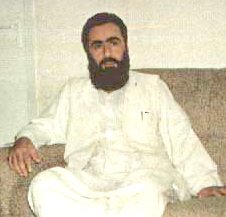 He along with another Iranian Sunni scholar were shot at in a drive by shooting in Karachi, Pakistan (which has a small and loyal to Iran Shia minority) several bullets pierced through their bodies in a drive by shooting as the assailants used automatic guns. May Allah have mercy on these Shaykh Abdul-Malik and all Iranian Sunni scholars who didn’t submit to devil Khomeini and his henchmen.