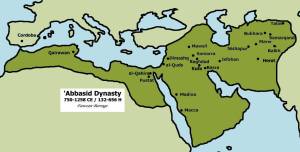 Imam Ahmad ibn Hanbal’s family was originally from Basra, Iraq, and belonged to the Arab Banu Shayban tribe. His father was an officer in the Abbasid army in (inhabited by Persians to this day) Khorasan and later settled with his family in Baghdad, where Ahmad was born in 780 CE. Ibn Hanbal had two wives and several children, including an older son, who later became a judge in Sunni (Pre-Safavid) Isfahan. What pretty much unknown, even to many students of knowledge, is that Imam Ahmad could speak fluently Persian!

“It’s noteworthy to mention that Ahmad Ibn Hanbal was fluent in the Persian language, he sometimes even spoke in Persian. It has been narrated from him that his cousin visited him from Khorasan. When he [Imam Ahmad’s guest] was offered food, [Imam Ahmad] Ibn Hanbal asked him about Khorasan, its people and about his kin who were still living in those lands. Perhaps his guest had difficulties understanding him, so Ahmad spoke to him in Farsi (Persian).”

Until the devastating Mongol invasion of the thirteenth century, Khorasan remained the cultural capital of Persia. It has produced scientists such as Avicenna, Al-Farabi, Al-Biruni, Omar Khayyám, Al-Khwarizmi, Abu Ma’shar al-Balkhi (known as Albumasar or Albuxar in the west), Alfraganus, Abu Wafa and many others who are widely well known for their significant contributions in various domains such as mathematics, astronomy, medicine, physics, geography, and geology. A majority Muslim Sunni Persia produced all these great whereas no such personalities can be found in Pre-Islamic Persia nor in Post-Safavid Shia Persia (Iran of today).

In Islamic theology, jurisprudence and philosophy, and in Hadith collection, many of the greatest Islamic scholars came from the Persian land of Khorasan, from cities such as Nishabur, Khawarezm, Balkh, Herat, Bukhara, Nasa, Tus, Merv etc. However, being born and raised in a Persian land doesn’t make one neccassarily a Persian (by ethnicity) and hence not all scholars from Khorasan (and from Persia in general) were ethnic Persians. At SONSOFSUNNAH – although most in our team are ethnic Persian Sunnis – we try our utmost to be as accurate as possible and remove misconception and not letting ourselves move by emotions or nationalism when it comes to the origin of Muslim scholars from Persian lands. It is a widespread myth that all great scholars of Persian cities such as Isfahan, Ray, Shiraz or in the lands of Khorasan were of ethnic Persian origin. Yes, most of them were actual Persians by ethnicity and clients (Mawali) of Arab tribes, including major Tabi’is, however many of them were also ethnic Arabs and this is due to the settlement of many Arab tribes in Persia, particularly in Ray (Tehran), Shiraz, Isfahan, Qazwin, Hamadan, Sijistan, Ahwaz, Gilan (Jilan) and of course greater Khorasan.

Khorasan’s development is not the sole product of Persians uniquely. It was a multi-ethnic territory in which non-Persian (but Persianised) people also made significant contributions. The scientific, literary and cultural contributions of Ghaznavids, Seljuks and Timurids (Persianised Turks) are enough to explain this issue. However, The first people known to inhabit the Central Asian region of modern-day Uzbekistan and Turkmenistan (today inhabited by mostly Uzbek Turks) were Iranian nomads who arrived from the northern grasslands of what is now Kazakhstan sometime in the 1st millennium BC. These nomads, who spoke Iranian dialects, settled in Central Asia and began to build an extensive irrigation system along the rivers of the region. At this time, cities such as Bukhoro (Bukhara), Samarqand (Samarkand) and Chash (Tashkent) began to appear as centres of emerging government and high culture.

It was only in the 13th century AD when Turkic and Mongol armies conquered the entire region (including greater Khorasan) and thus large number of mongol and Turkic people settled in Khorasan. Many Uzbeks for instance can trace their ancestry to the Mongols and the Iranian peoples. Modern day states such as Turkmenistan and Uzbekistan harbour ancient Persian cities (such as Bokhara and Samarqand) and this is why great personalities from such cities (such as Imam Al-Bukhari) were of Persian origin and not of Uzbek/Turkic origin, because before the invasion of the Mongols and Turkic groups most people of countries like modern day Uzbekistan were Persian Khorasanis (to this very day small number of Tajik-Persians live in Uzbekistan and even Turkmenistan).

As for greater Khorasan and the origin of some of the greatest scholars it has produced, then here is a list:

– Abu Hanifa (was originally from Eastern Khorasan. His father came from Kabul. However, difference of opinion do exist, most scholars say he was of Persian descent, however books have been written by Iraqi and Indian Hanafi scholars claiming his Arab lineage)

– Ahmad ibn Hanbal (he was born in Merv,Greater Khorasan, present day Turkmenistan. He was an ethnic Arab from the Bani Shayban)

– Ishaq Ibn Rahawayh (teacher of Bukhari, of Arab and Persian descent. His mother was Persian, he was born in greater Khorasan, in the ancient Persian town of Merv, present day Turkmenistan)