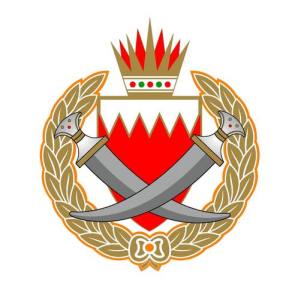 When the Safavids under Ismail I decided to convert everyone residing in current day Iran from Sunni to Shiite Islam in 1501, they started arranged attacks and massacres against the Sunni Persians who refused to convert. As a result, many Sunni Persians left their hometowns for the Zagros mountains. After the Battle of Chaldiran where the Safavids lost to the Ottoman the Sunni Persians descended from the mountains to begin a new life in the land they named “Bastak”, meaning barrier or backstop signifying barrier from Shiite Safavids’ attacks and influences.

Sunni Persians are therefore present in the neighbour areas of Iran such as the Persian Gulf. In fact, people of Sunni Persians origin make up large numbers of the population of Kuwait, the USE and Bahrain (many Bahraini Sunnis are actually of Persian Sunni origin, although many have been Arabised). In the UAE Sunni Persians have ministers like the minister of Education who is originally from Bastak (Persian Sunni city in south Iran) and two other ministers that come from the town of Evaz (people from Evaz are known as ‘Awadhis in the Gulf, like the famous preacher Nabil al-‘Awadhi). They are generally known as very educated and successful (often tradesmen) people, loyal to their respective countries, and staunchly adhering to their Sunni faith.

Many Sunni Persians are Arabised and hold high position in Gulf states (there are even Sunni Persian communities in Saudi Arabia, particularly in Khobar and Dammam). Their Persian lineage is often known by their distinctive family names. Well known Gulf tradesmen, politicians, ministers etc. In the Gulf are known by Sunni Persian family names such as:

Khonji family; Originally from the southern Persian Sunni town of Khonj. They are well known traders in the UAE and Bahrain.

Bastaki family; Originally from the south Iranian Persian Sunni town of
Bastak. They are successful tradesmen and hold key roles in Bahraini and UAE society, including politics. Al-Bastaki family are well known to have strong friendship relationships with some of the biggest Arab leading families in the GCC countries.

Karmostaji Family; Originally from the south Iranian Persian Sunni town of Karmostaj. The most of them being traders. Karmostajis can be found even in Saudi cities such as Khobar and Dammam.

Awadhi family; Originally from the south Iranian Persian Sunni town of Evaz (Arabised to ‘Awadh). They are very successful tradesmen, especially in Bahrain were whole neighbourhoods are named after them.

Janahi family; Originally from the south Iranian Persian Sunni town of Janah. They are noted business men as well as Building constructers in Bahrain and the UAE.

Kookherdi family; Originally from the south Iranian Persian Sunni town of Kookherd. They are a very well known family in Sharjah (UAE) that originates from the village of Kookherd which is between Bastak and Lengeh in south Iran. And there are many more such as the Falamarzi family, the Kanadera (mostly mixed with Arabs, especially in Kuwait), the Khooris, Bushehris etc. 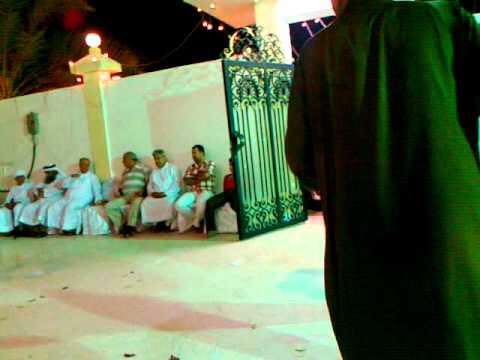 Most of these previous mentioned families are Persians according to history and locations of their native origins, but most of them instead refer to themselves to be Arabs in order to avoid racism or being controversial. At the end it only depends of how strong was their Persian culture, and the environment that surrounds them, this also explains why that some members from the same family may even argue about their exact origin, Persian or Arab.

It is well known also that most of them added the “Al” (Arabic: ال) which means “The” on their family names, in order to make it sound more Arabic. Many actually view their actions like “giving up” or abandoning their origins and culture, other explain it to avoid racism troubles. These changing facts can be noticed today in their official appearance since they changed their costumes and only speak fluent Arabic.

The “Huwala” are Arab Sunnis of Bahrain (often confused with Persian Sunnis who are NOT Huwala), Sunni (and Shiite Persians) are known as ‘Ajams in Bahrain (also in the UAE). The Persians of Bahrain are a significant and influential ethnic community whose ancestors arrived in Bahrain within the last 1,000 years as laborers, merchants and artisans. They have traditionally been merchants living in specific quarters of Manama and Muharraq.

In Muharraq (Sunni stronghold in Bahrain), they have their own neighborhood called Fareej Karimi named after a rich Persian man called Ali Abdulla Karimi.

Bahrain’s local Persian community have heavily influenced the country’s local food dishes. One of the most notable local delicacies of the people in Bahrain is mahyawa, consumed in Southern Iran as well, is a watery earth brick coloured sauce made from sardines and consumed with bread or other food. Bahrain’s Persians are also famous in Bahrain for bread-making. Another local delicacy is “pishoo” made from rose water (golab) and agar agar. Other food items consumed are similar to Persian cuisine.

After the decline of the Safavid empire (which got almost completely destroyed by Pashtun armies) The Persian Sunnis of Bahrain along with Arab tribes (Howala) tribes seized control over Bahrain and paved the way for a Sunni dominated island. The irony here, Persian Sunnis are partly responsible for the Sunni rulership of Bahrain.