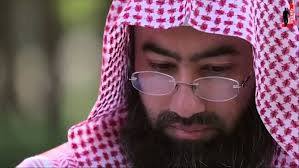 Many important and influencial ‘Arab’ personalties in the Gulf are actually of Persian descent (including high ranking politicans and businessmen in KSA, UAE and Bahrain). Among them is the Islamic preacher Nabil Al-Awadhi (from Kuwait). He is not just beloved in the Arab and Islamic world, but particularly in south Iran where he is actually from. Shaikh Nabil Al-‘Awadhi’s ancestors immigrated from the Persian Sunni-Shafi’i town of Evaz (to this day fully Sunni and ethnic Persian) to Kuwait

(as many Persian Sunnis of the south did). The ‘Al-Awadhi’s are are very respected family, not just in Kuwait but in all of the Khalij, including Bahrain (where they are known as Sunni ‘Ajams i.e. Sunni Persians). They are known as well educated people, businessmen and in the case of Nabil Al-‘Awadhi, Islamic preachers.