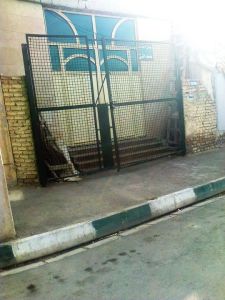 It’s the fourth time in a row (before Sunni Iranians didn’t even possess any rented houses to pray their prayers!), the Iranian Shia regime did it again and prevented the Sunnis of Tehran from praying the ‘Eid Al-Fitr prayer (the prayer Muslims can pray in America, England, ‘Israel’, Europe etc.). The Sunni community ofTehran (larger than all the other minorities in Iran AND in the capital of Tehran such as Jews, Christians, Zoroastrians and Sikhs, yet ALL of those groups have massive Churches, temples, PRIVATE schools and even private hospitals, like in the case of the Jews) released an official statement on the islahweb.org website, the official online representation of the Sunni community of Tehran. Islahweb.org underlined the fact that the Tehrani Sunnis even followed the announcement of the ‘Eid as per the regime’s official release (although most Sunni countries celebrated the ‘Eid on Thursday, the 8th of August 2013) i.e. on Friday, yet still they were prevented from holding the ‘Eid prayers in their own RENTED houses:

As you can see in the above linked articles, Iranian Sunni officials have lost the hope  to ask for a proper Sunni Mosque and centre in Tehran (this is what Khomeini the arch-liar promised the Sunnis of Iran during the early years of the Revolution), instead their only demand is to stop  the discriminative and illegal steps of some officials who literally harass the Sunni community of Tehran who do not possess a single Mosque anyway, rather rented FLATS and houses that some Shia sources (especially recently) try to sell as ‘Sunni Mosques in Tehran’.

NOTE: The Sunni Muslims of Tehran do not have a single mosque in Tehran; they offer prayers with congregation in some rented houses. These are no proper Mosques, not from the outside and not from the inside (since they are being harassed and prevented from having centres etc.).

Molavi Abdul-Hamid addressed this problem in one of his speeches when he said:

‘Why you can not bear offering prayers with congregation of Sunnis inside their houses in Tehran and other major cities of Iran?’ Sunni leader asked the Iranian rulers and more added, ‘If any wing of the regime can not bear this lower freedom so that has no forbearance at all, we will not remain silent, and this discriminative act is unbearable for Sunni citizens of Iran.’

So the (sad) fact still stands, namely that there is not a single Sunni Mosque in Tehran:

No Sunnah Masjids in Tehran!

However, at least since few years there are some facilities (rented houses) where Sunnis could hold their prayers in Tehran (although the last three years they were literally harrassed, raided and prevented from holding major congregation prayers such as the ‘Eid prayers!). One of them is the rented Sadeghiye ‘Mosque’. Alhamdulillah this year – maybe due to the regime being busy at all fronts – particularly in Syria – the Sunni community of Tehran was not prevented from holding their ‘Eid prayers in their rented facilities which the regime shamelessly calls Mosques! Here some pictures from the rented ‘Sadeghiye’ prayer house, , located in the Second Square Sadeghiye/Tehran that on this wednesday already received a letter from the local police (!) that they are not allowed to hold any ‘Eid prayers in their rented house in the Sadighiye district:

‘We are hoping for the day when we Sunni Tehranis finally get our wishes fulfilled and being allowed to have and build a Mosque for our own. This is our basic right and those who prevent us from our right will be asked on the day of judgement.;

‘I hope that In sha Allah the officials and people of charge of the government aid us Sunni Tehranis in the up-coming ‘Eid (referring to the raids in the last few years).’

Well the Imam hoped too much it seems, they were banned again from holding prayers and as Islahweb.org reports letters are on the way to the new Mullah and president of Iran, Rohani, complaining about this discrimination in a so called ‘Islamic state’! Anyway, here some pictures from the last friday prayers (before ‘Eid) in the Sadighiye prayer facilities: 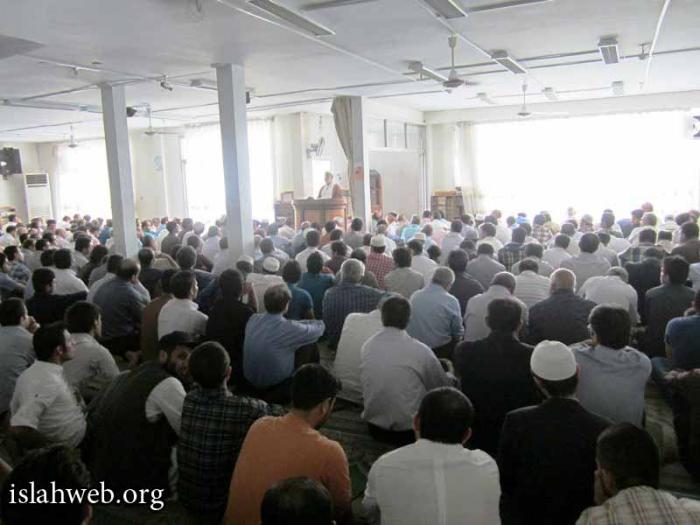 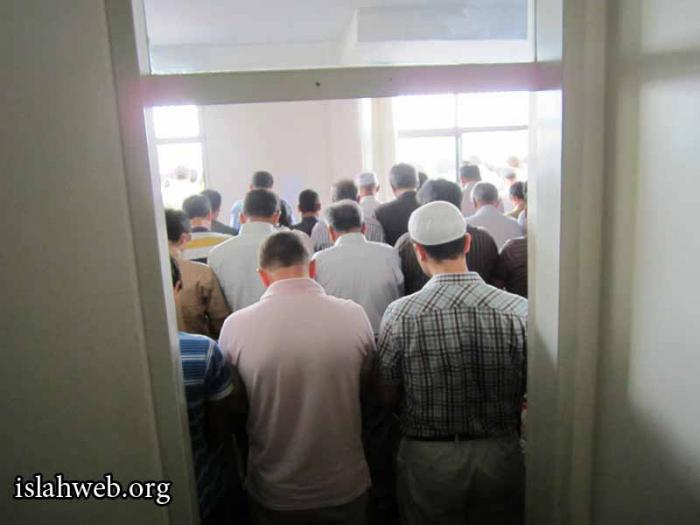